Eight tools for communicating during an emergency 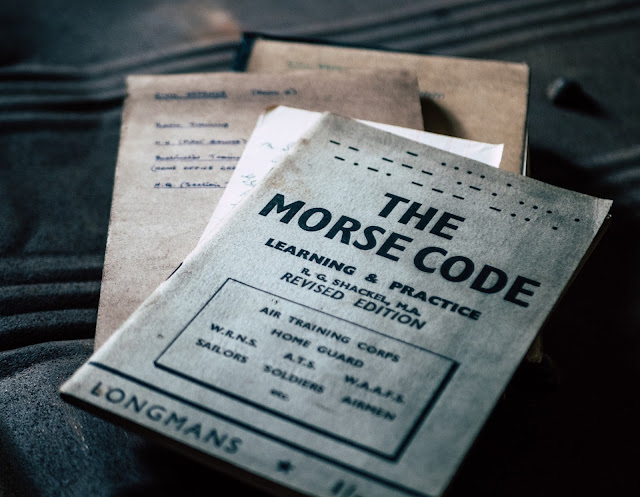 During a disaster you will have a voracious appetite for news and solutions. This article covers all the resources available for communicating with people during an emergency; and don't worry, learning morse code isn't one of them.
I’ve also explored several ways to get support and catch up on important news. Many of these ideas you’re already familiar with, but human nature being what it is, we tend not to get familiar with them until a disaster has already occurred, and that’s a poor time to do research.

Your mobile phone is an incredible resource during an emergency. Not only because it can be used to make phone calls, send text messages, and has an amazing number of apps you can use to get and send information, but also because it’s already so familiar to you. You don’t have to learn how to use your phone in an emergency.

Your phone also has accessibility features you can use to help out with tasks. For example, it can be a flashlight, or a magnifying glass. Pop in your headphones and use voice controls to talk or access other features on the phone hands free. You may want to use the voice recorder to keep track of important details or experiences. And of course the camera can be used to take pictures or videos, zoom in like a telescope, or see in low light.

Update your phone operating system (OS) whenever available so that this isn’t required during an emergency when battery power is precious. Set up your phone with wi-fi calling. This will allow your phone call to continue even when you lose cellular, if wi-fi is available.

Satellite phones connect to orbiting satellites instead of grounded cell sites and can call, text, and load basic Internet sites. These are not good alternatives to your daily phone because of the expensive service contracts and limited app capabilities, but if you live in a remote area these could be a good backup option.

While a mobile phone has an incredible collection of services, there are times when cell reception is bogged down or unavailable. At times like this it’s nice to have a communication tool that is self sufficient, and operates on radio waves.

Two-way radios are designed for one way conversation, meaning only one person can speak at a time using radio frequencies. Instead of a unique phone number, the frequencies are divided into channels so that everyone doesn’t speak over each other. It’s possible for anyone to listen in on your conversation, but this also makes it easier to communicate with people you don’t know well.

Frequencies are unique to each country and some frequencies are reserved for government services. When looking for a two-way radio you’ll quickly realize more is better. The two key features you’ll see are range in miles, and something called FRS or GMRS. Both FRS and GMRS share the same 462 and 467 MHz frequencies in the US.

All radios will promote how many miles they can transmit. Remember that radios transmit in a straight line, so trees, mountains, and even people can limit your range. FRS stands for Family Radio Service channels and are free for anyone to use. GMRS stands for General Mobile Radio Service, and requires a license from the FCC. FRS frequencies will reach a mile or two. GMRS frequencies have better clarity and reach farther.

Thank the marketing guys for this one. Privacy Codes are not really private, but they do allow you to create a more unique channel which makes it more likely that you can have a conversation without being interrupted.

Privacy codes are actually Continuous Tone-Coded Squelch System, or CTCSS. They are not actually sub-channels, but instead add an additional tone that allows other two-way radios to tune them out.

Something magical happens when someone starts using a two-way radio for the first time — they immediately start speaking like a truck driver. This isn’t necessary at all. Just speak in your normal voice, however, there are several phrases that you can use that have been developed over the years to work in poor audio situations.

In parenthesis I’ve translated it into the way normal people speak. These are definitely not the way you would want to speak on a two-way radio.

Have you ever noticed some of your neighbors have giant antennas on top of their homes? If you think two-way radios are cool you may want to look into getting an Amateur Radio, or Ham radio, license. Ham radios can communicate across hundreds of miles using repeaters. In major crises Ham operators have often stepped in when other forms of communication fall apart.

Don’t discount sending e-mails during emergency situations as a valid method of communication. Email servers are located globally, and it’s unlikely they will all be dead at the same time. But where do you get internet access if cell phone service is dead? Oftentimes, Wi-fi service will still be up and running, since the cables used for hard wired internet operate on different networks than cell phones. On the other hand, if the power is out, you may still get an email out through your cell phone.

Many radios and two-way radios give you access to the National Oceanic and Atmospheric Administration (NOAA). NOAA is not news, but is instead a government agency tasked with tracking the environment. This is your no-nonsense, super reliable source of weather information. You can learn more about NOAA at www.nws.noaa.gov/nwr.

There will be no shortage of news coverage during a disaster, or leading up to a disaster. The visual nature of TV is a great way to view maps and headlines. While it’s a low effort way to stay up to date on the latest developments, viewing crises news too long will increase your anxiety. Keep in mind that kids find it even more difficult to filter the news. You will never regret being disciplined in limiting how much TV you watch. Don’t worry, when you do turn the TV back on the news channels will still be there.

If all phone, cable, and internet lines go down, you can still receive emergency news updates through a radio. Purchase a radio that receives AM/FM radio signals and is battery, hand crank, or solar-powered. Radio is also a good way to monitor the news because listening is much more passive than watching TV, however, even radio news can be overwhelming so be sure to switch over to music once in a while.

Social media apps are yet another way to send and receive messages. Most government and news outlets have social media accounts which you can check for the latest news. Be sure to select a few reliable accounts to follow before there’s an emergency so that you don’t have to search when time or connectivity is scarce.
One last thing. Check out a few important tips for communicating in an emergency.

Keep these in the base and they're always ready to go. It has a good range, lots of channels, it's waterproof, and includes a built in NOAA radio. Bring it on hikes, snowboarding trips to the mountains, or just playing around with the kids. The more you use it the more familiar you'll be with important features in an emergency. Check it out on Amazon.com.

This hand crank radio means you'll never be without a radio or even a light. You can even use it to recharge your phone. Eton is a great brand for emergency lights and radios. Check it out on Amazon.com.

What can you do right now?

If you already have some of these items make it easier to find them when you need them, and add them to your Go bag. You can always get better gear later. The goal is not to be done, but to do one little thing today that makes you better prepared for the future.

Communication Gear
This blog was created to bring a little sophistication when life is uncivilized. The next time the lights do go out, instead of just surviving in the dark, I’d like you to consider what would make this experience comfortable for your family. If you handle a disaster with style, you’ll be able to overcome any obstacle that comes your way. 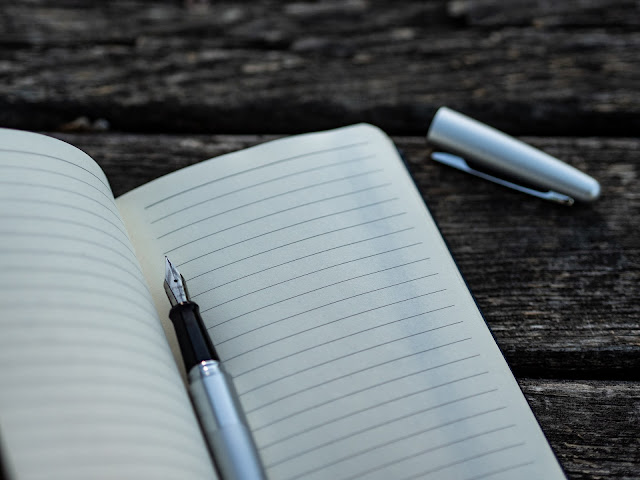 The best gear for your emergency bag

If a disaster strikes and you do need to leave your house in a hurry it's good to have everything ready in a Go bag . To start with,  what's a good bag for emergencies .  To help you gather the items you might need to add to your bag I've put together the list below. Over the next few weeks I'll add a link from each item with more detail. Choosing your gear is a personal choice. To help you make your own decisions I sometimes refer to specific items like duct tape, but whenever possible I use categories of items like Lighting or Hats.  Primary Go bag checklist Bandana   Comfort items   Communication   Deck of playing cards  Distress signals  Documents   Duct tape  Emergency blankets  Face masks  Fire kit   First aid kit  Food   Leather gloves  Hand sanitizer  Hats  Hygiene kit (partial)  Lighting   Maps  Money   Pepper gel  Plastic bags  Pocket knife  Ponchos  Prescription glasses  Sense of humor, and patience  Travel tissues  Water bottles   Waterproof matches  Writing 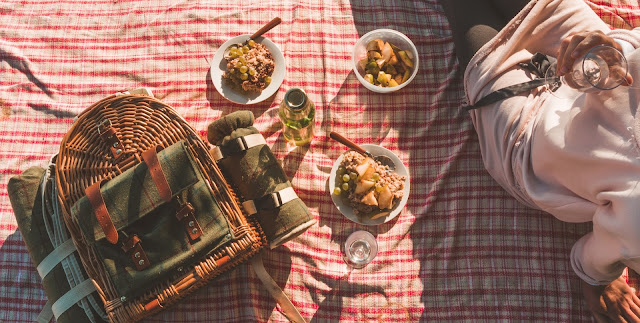 What's a good bag for emergencies?

You wouldn’t go on a picnic without first finding a good basket to carry your picnic blanket, dishes, and food. The same goes for preparing for a disaster. This section covers several types of bags for emergencies and what to put in each bag.  Go bags If you’re in a hurry to leave, this is the one bag you need - for your household. That last phrase is especially important. You don’t need much for yourself, but if you’re responsible for several people in your household, make sure this bag holds enough gear for everyone. The term for this type of bag originates from when soldiers carried a bag in case they were overrun and needed to evacuate quickly, or “bug out.” Besides bug out bag (BOB), you may have heard other names for this bag such as Get out of dodge (GOOD) bag, Grab bag, 72-hour bag, or Go bag. To get a sense of why the foresight of packing a Go bag is so smart watch this video of a family evacuating  before this 2019 wildfire that displaced nearly 50,000 people. You can ima 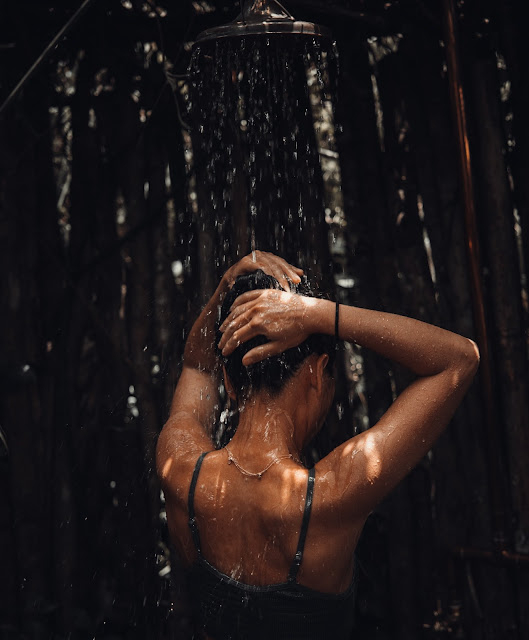 3 things to know about water when the power goes out

Odds and ends about water Your bathroom will continue to be a busy part of your home in a disaster. Here’s a few hints to keep everyone clean, including your rear…ends. Will I have water in a power outage? Whether it’s a water tower or a dam, your municipal water pressure is provided naturally by storing water above ground level. The water reservoirs have their own backup power which should continue to work for days, if not weeks. Will I have hot water when the power goes out? If you have a gas tank water heater then your gas pilot light creates what little electricity it needs to run through a piezo ignition system. As long as the water heater pilot is on then your hot water heater will continue to work. Piezo is short for the Piezoelectric Effect. It’s the same process that works in a BBQ or campfire push button igniter, or a quartz watch. There are materials that can generate their own electric charge when stress is applied to them. A tankless water heater, even if it’s gas, ha